This easter we headed north from (my current home town) Rabat, crossed the Strait of Gibraltar and arrived in Córdoba later the same day. It’s funny how some places that earlier have seemed so far away suddenly are much closer when you move to a different continent; it’s also funny how obvious that is, yet hard to get used to.

We didn’t really realize or think of the fact that it was easter week. It’s not a holiday in Morocco, and I don’t have any personal affection towards the festival. We did notice quite quickly, though; those who had visited the city before commented that there were more people than usual around, and we started seeing glimpses of strangely dressed people walking on the streets, as if congregating somewhere. Later we found out that those two were correlated. 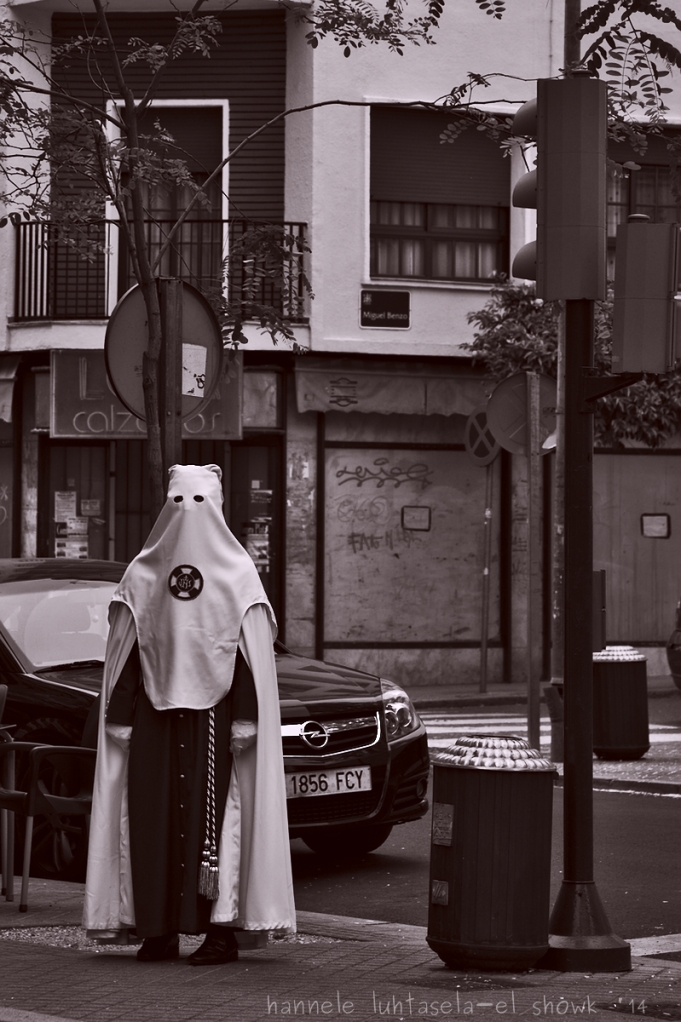 The first hint that there was something odd going on.

It turns out that easter is quite a big deal in Andalusia. It didn’t surprise me when I thought about it – after all, Spain has a long history of Catholicism. The second day of our visit we walked past the main cathedral in the city, and saw this:

A procession of hooded figures leaving the cathedral.

We tried to get closer – after all, it would have been quite a disappointment to miss the strange-looking event with hooded figures, candles and someone being carried on a throne! What we didn’t know then was that we’d get to witness this event every day, until the day we left. 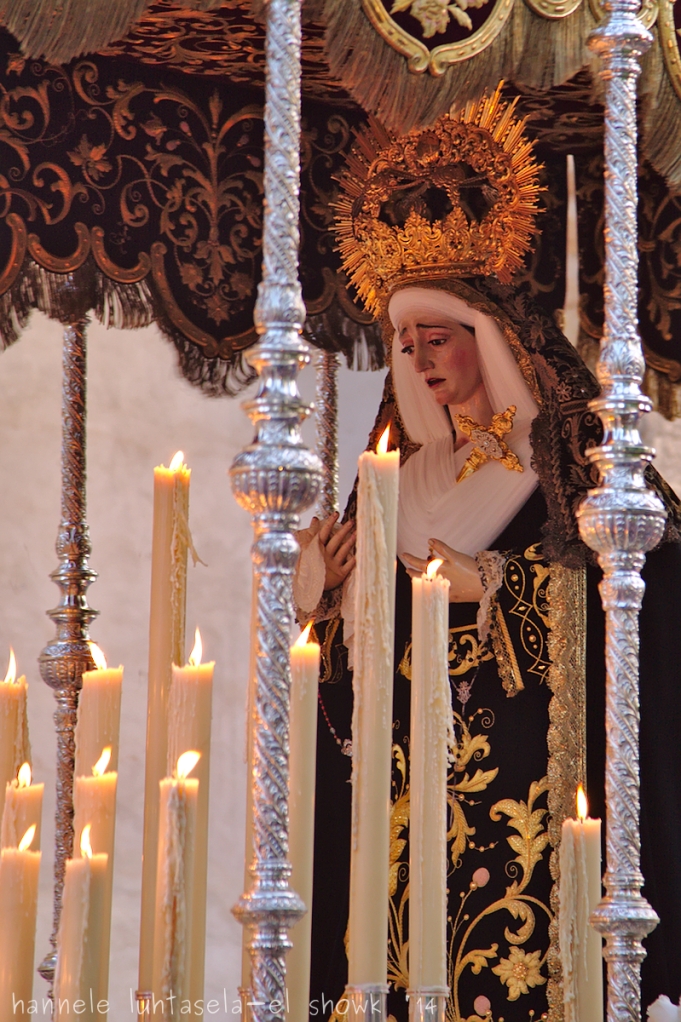 Not the jolliest statue.

We left the cathedral and went to join all the other waiting people outside. We didn’t know what to expect, but weren’t disappointed when we found out. A long, long procession of black-clad people in pointy hats and covered faces walked by, quietly, with only a single drum beat as their music. The large audience was completely silent as well, making the whole experience even more impressive.

Some people carried candles, some drums and some a wooden cross.

It turns out that the pointy hat is called a capriote and is worn by self-confessed sinners to inflict self-harm. The hats used to be worn by jokers and then criminals to make fun of them. Different brotherhoods carry hats and garments of different colours, and they cover their faces to avoid being recognized.

Every group carried a crucifix with Jesus and a statue of the Virgin Mary.

The processions continued throughout the week. We saw purple, blue, red, black, white and black-and-white groups. There were more and more people gathering in the city the closer we got to good Friday. We left the Thursday before, so we didn’t witness the easter celebrations themselves, but already this left a lasting impression. Perhaps by sharing these photos I’m not the only one who learned something from this experience! 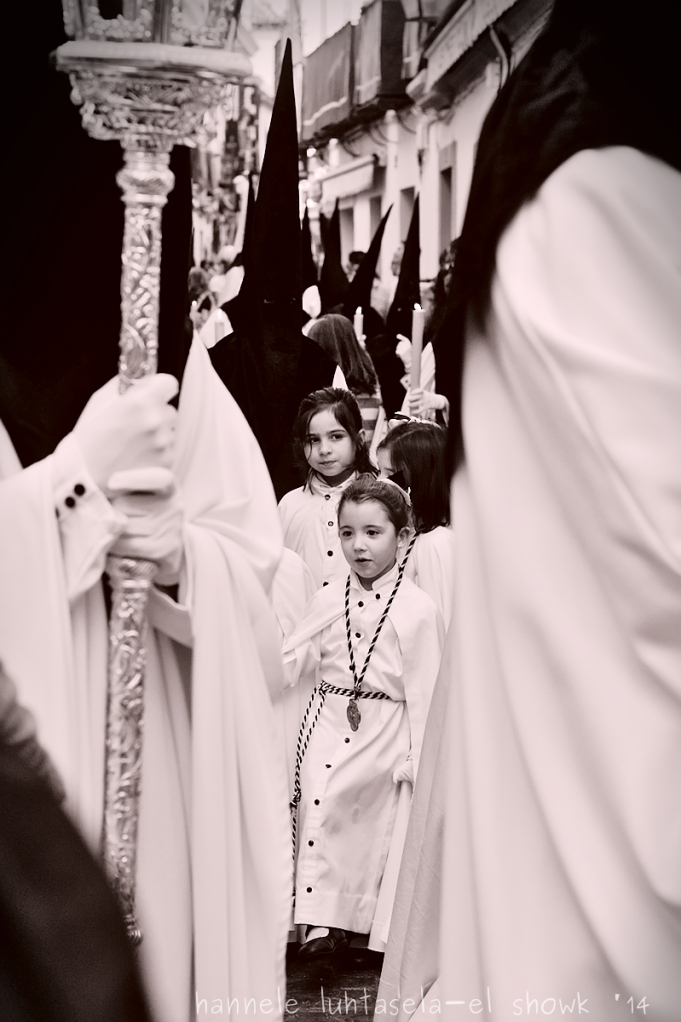 A few of the processions included children.

(Córdoba is an amazingly beautiful and interesting city, by the way, with or without people in pointy hats.)

4 thoughts on “an andalusian easter”